Tesla’s High Frequency Hair Coloring System is the result of an artistic research project that Lampalzer / Oppermann carried out in 2006 on the occasion of the exhibition “I shall illuminate the Dark Side of the Moon” in the Tesla Museum and Public bath Belgrade (curator Marica Radojčić). Nikola Tesla’s experiments with high-frequency alternating currents and electromagnetic waves were adapted for a series of experiments in which an individually adapted hair color was sought using hand-made antennas. After a few unsuccessful attempts, a sample palette was achieved. The print was intended to be a starting point for further fund raising. But, sufficient support for the project was not found, so the test series was terminated after eight color shades. 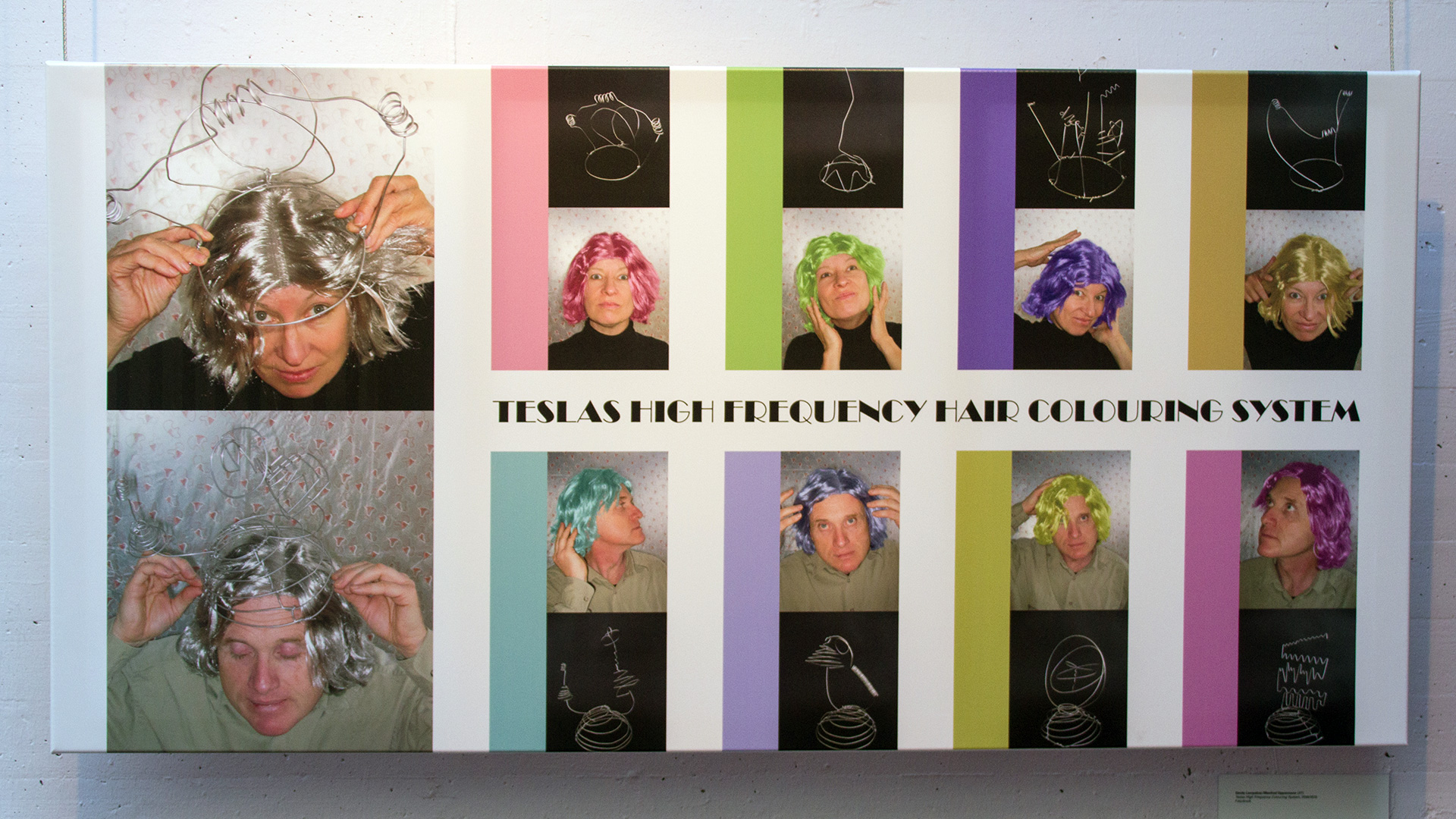