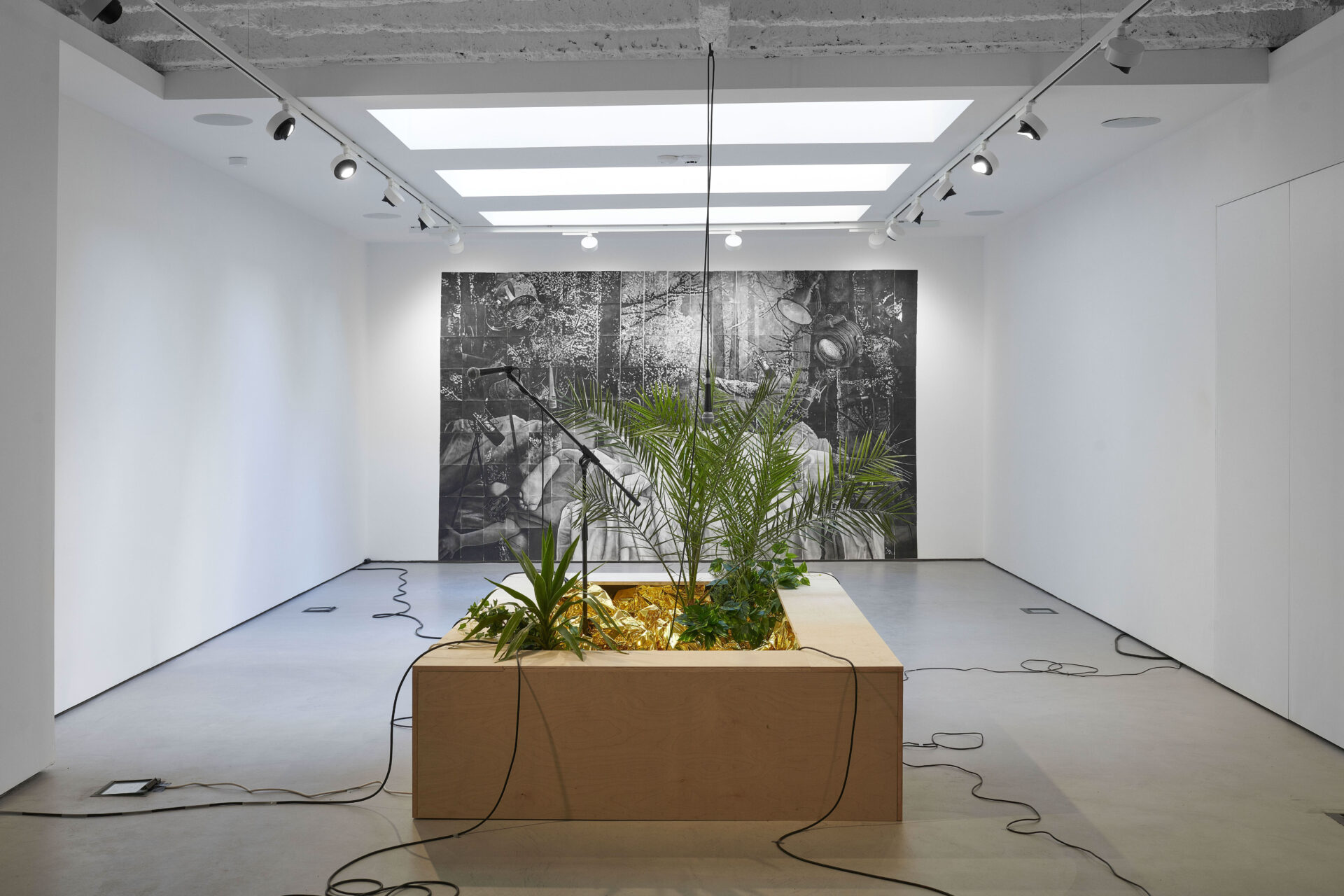 Bojan Radojčić was born in Šabac (Yugoslavia) in 1981. He graduated in painting at the Academy of Fine Arts in Belgrade in 2004. He has exhibited at numerous group and solo exhibitions in Serbia and Europe. Since 2011, he has been collaborating with the Danish gallery Pi in Copenhagen. He has won several awards in Serbia, and he was also a finalist for the MANGELOS Award 2012, granted to the best young artist from Serbia, as well as the Vladimir Veličković Award 2010. In 2018, he was granted by the Kone Foundation from Finland and a participant in the Saari Residence Program

240x415cm / The charcoal drawing consists of 189 sheets of paper (book pages) that are individually placed on the wall, using scotch tape, thus making the overall look at the work. / 2017

The work The Hidden Place, through cooperation between traditional and new media, poses questions about the structure of the global society of morally deviant principles, which is based on the invisible and ubiquitous supervision and control of individuals by centers of power, loss of privacy and personal sovereignty. The work problematizes and questions the existence of an escapist, hidden place where man is free. The illusion of freedom, similarly to a beautiful, seductive but porous and fragile image, becomes apparent.

Drawing has occupied the most significant position in my practice since 2009 In the beginning, drawing over old books’ pages made it possible to ground images upon which large-scale installations found a way to emerge as new and complex realities. Later on, the book pages in a much more profound way merged with the work and by means of their content unambiguously took part in articulating its message. In the image-making process thus conceived, my practice actively and persistently inscribes itself on what might be called political subjectivities torn between governing and the governed, between power and subjection, between sovereignty and resistance.