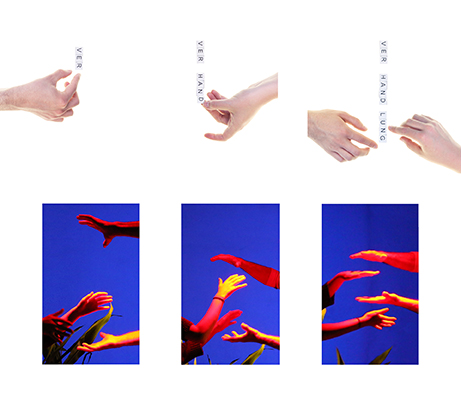 Werner Jauk ao. Univ.-Univ.-Prof. i.R. KFUG; Director of Ars Electronica Research Institute “auditory culture”
He did his PhD in psychology (musical cybernetics, information theory and aesthetics), postdoctoral studies at IRCAM-Paris and his habilitation in musicology (pop / music & media / art) always focusing on auditory perception and its medializations as cultural processes of the formation of music and media cultures. His interdisciplinary scientific research has been published in scientific monographs, journals and congress papers; projects between science and art are part of media art festivals. Finally, this interdisciplinary work led to the establishment of the study focus “pop music and media culture” in the inter-university MA programme “Musicology” at KUG and KFUG and to the establishment of a transmedia research institute “auditory culture” at Ars Electronica.

BA studied Visual Communication at „University of Applied Sciences and Arts Hanover“. In 2017, she was awarded for a DAAD scholarship for her semester abroad at the “National Institute of Design” in India. With the focus on interactive design, she started implementing text-based projects with existing literature as a raw material, realized multi-media and in a graphical context.

In early 2018 she went to Paris, where she learned to code. One year later, she began her bachelor’s project about generative literature, in which she questions how to process text poetically. In 2020 she won the „Annual Multimedia Award“as a Digital Talent in the section Installation / event.

Currently, she is studying at the „Kunstuniversität Linz“Time-based media in the master class.

I. The work is based on the German language, which etymologically allows to derive the process of Ver-hand-lung/negotiation from Ver-Hand-len/negotiating by hands. The transfer to e.g. English-speaking especially American culture is the merging of the hand-play with the commercial trade.

Without nationalistic judgements, peculiarities of the culture-emergence from physicality are to be respected.

Wittgenstein said that thinking takes place in language, at the same time he suspected its basis in corporeality. Embodied cognition today combines both. Understanding as seeing perception of the mechanical body, experiencing as the meaning through the excitation of the seen for the hedonic body as a perception according to the paradigm of hearing. Perception is an arousal-based body-environment-interaction, a process of cognition as a process of cultural creation: the symbolization of the bodily ver-handeln/negotiating in Ver-hand-lung/negotiation.

Using the means of seeing in the moment, the work attempts to “map” the dynamics of the interaction between understanding and experiencing – an iconographic media work.

The work thus documents not only an interactively participatory process. As media art, as media transposition, it transforms this social cultural dynamic into a video-still and finally into the medium of a panel-painting/Tafelbild, thus leaving “space and time” to an imaginative development and “conclusion” of the viewer – this is regarded as a reinforcing medium of immersion into the action, as iconic-visually co-exciting participation.

After “la fin du corps” (Baudrillard), the transgression of the mechanistic in the extensions of the mechanical body, the mechanization in modernity and the media of the digital ages, as the penetration of time and space without bodily movement, their consequences are to be managed by the alternative of the hedonic body: in the culture of the hedonic body, the “auditory culture”. The language of modernity was iconically enriched by the instrumentally mechanical behavior of the body and now increasingly gives way to the exciting hedonic behavior of the body as a culture-forming “medium” in post-digital cultures. In this negotiation as part of the transgression of the mechanistic to the hedonic, “icons’ ‘ of mechanical negotiation become “emoticons” of hedonic negotiation …

II. What imagines the static image as cultural narration? The embedding of corporeal Ver-hand-eln/hand-le-ing/embodiment as the thinking/cognition in language and thus cultural Ver-hand-lung/negotiation in living together….

As epistemological media art/artistic research, the work comparatively juxtaposes an experimental design: understanding symbolic Ver-hand-lung/negotiation to experiencing bodily Ver-hand-eln/negotiating, seeing the moving body and its mediatization into language, hearing and its immediate bodily form of interaction through arousal.

The theoretical basis is found (eben in own studies) in bio-semiotics and the mediatization of the body, its perception as an excited body-environment interaction, the sound-gesture that shapes the body like the environment.

The symbolic understanding is the playful form of the “scrabble”,

social Ver-hand-lung/negotiation of two actors within a culturally formed language. Its com-position from letters happens from cultural knowledge with hand as a process of Ver-Hand-lung/negotiation. Externalized is the seeing under-standing of the negotiation, formalized in language/visual arts, in symbolic mapping images.

The physical Ver-hand-eln/negotiation is the playful “scribble”, the social negotiation of two actors as a hand-scanning approach, as a “scribble”, as a physical movement from the excited movement of the body.

The mutually exciting action of Ver-hand-eln/negotiation, formalized in music, is externalized through “sonification”: motion-tracking records the movement out of agitation, which can be experienced as “sound-gesture”.

The participatory process interacts with an adaptive system. It supports commonality and externalizes this adequately in the media of speech-image and sound. This artificial emotionality reinforces cultural embodied cognition – commonality of understanding and experiencing in “syn-bios”/communis-living/living-together.