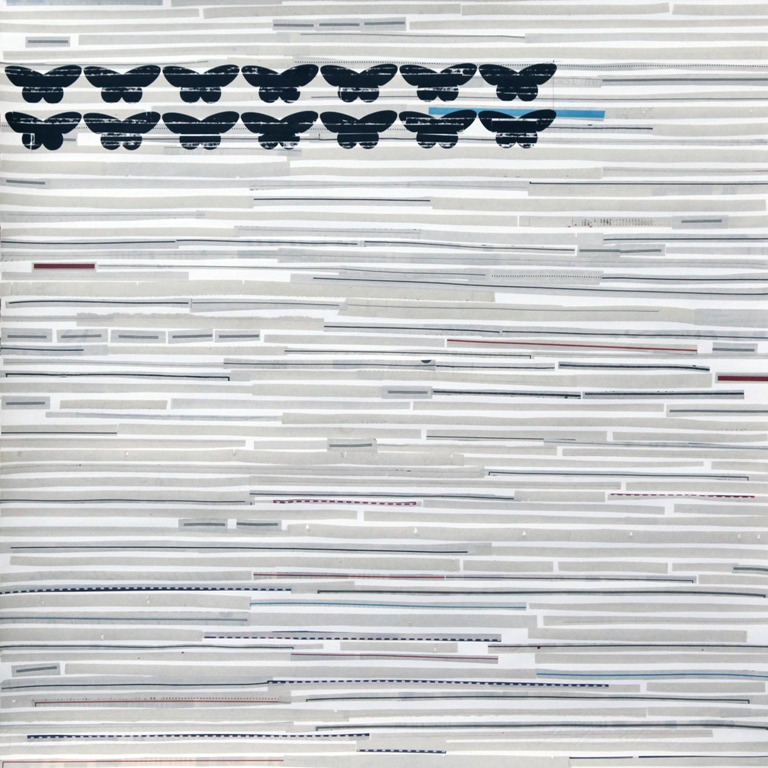 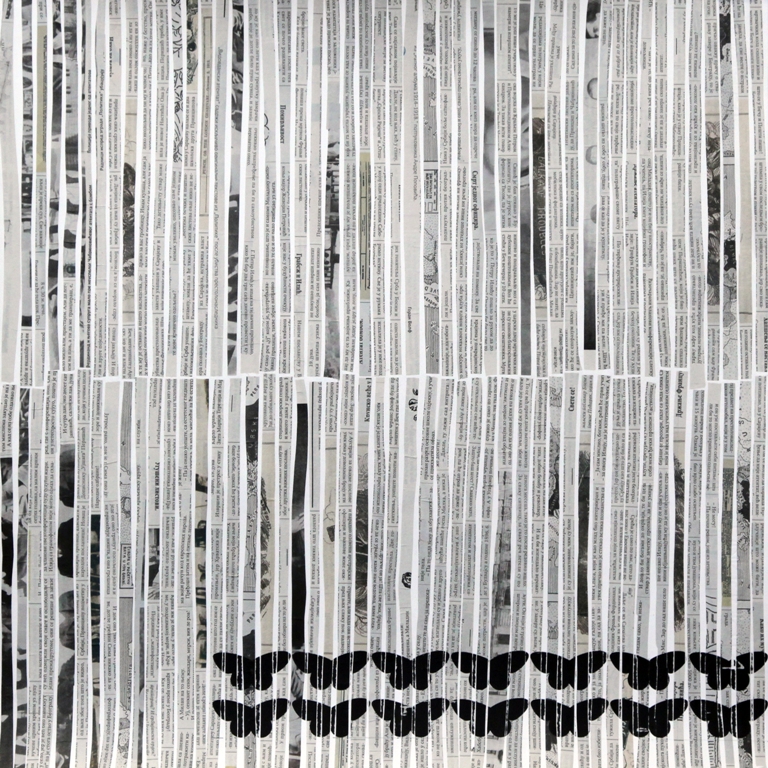 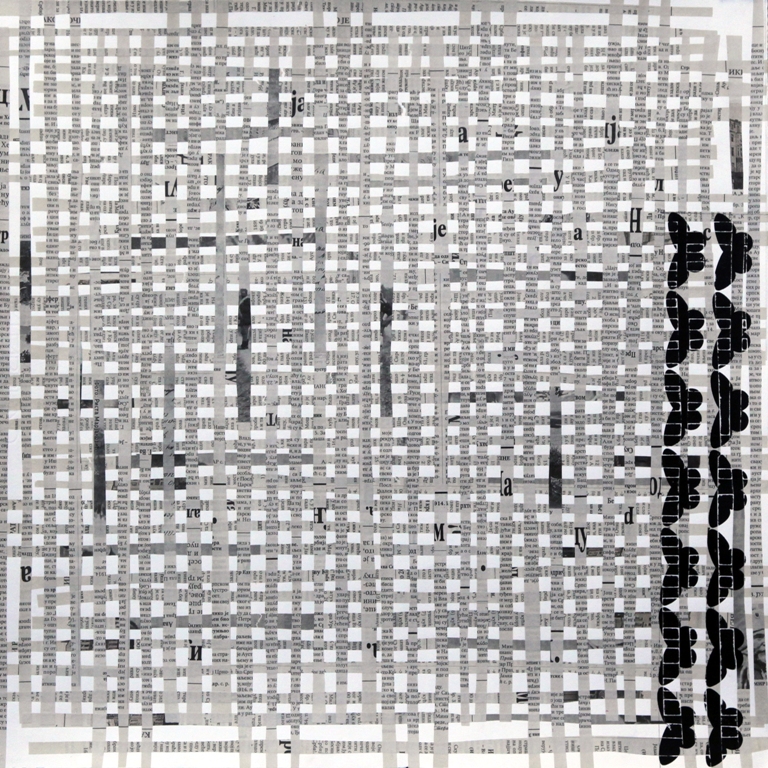 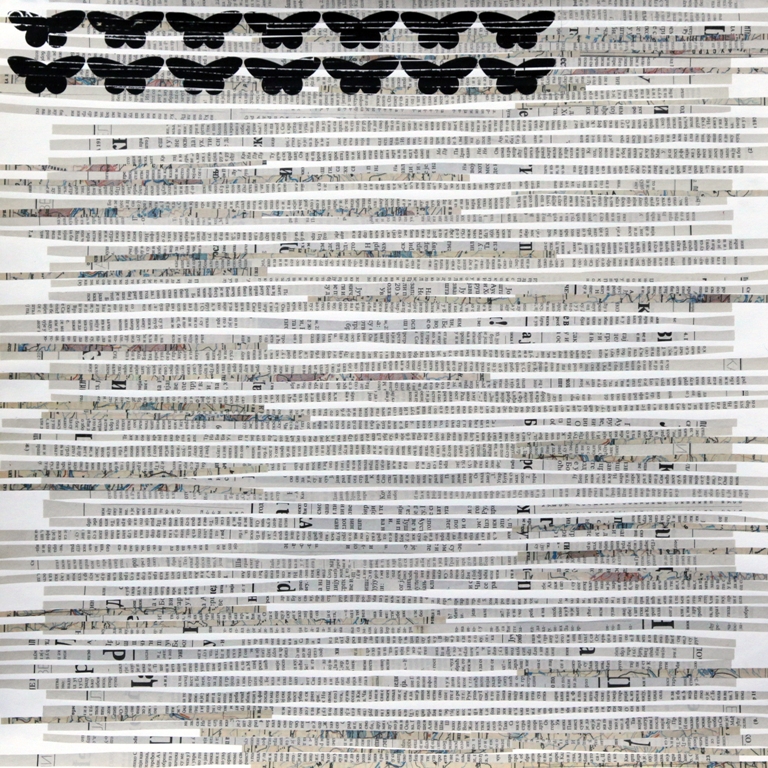 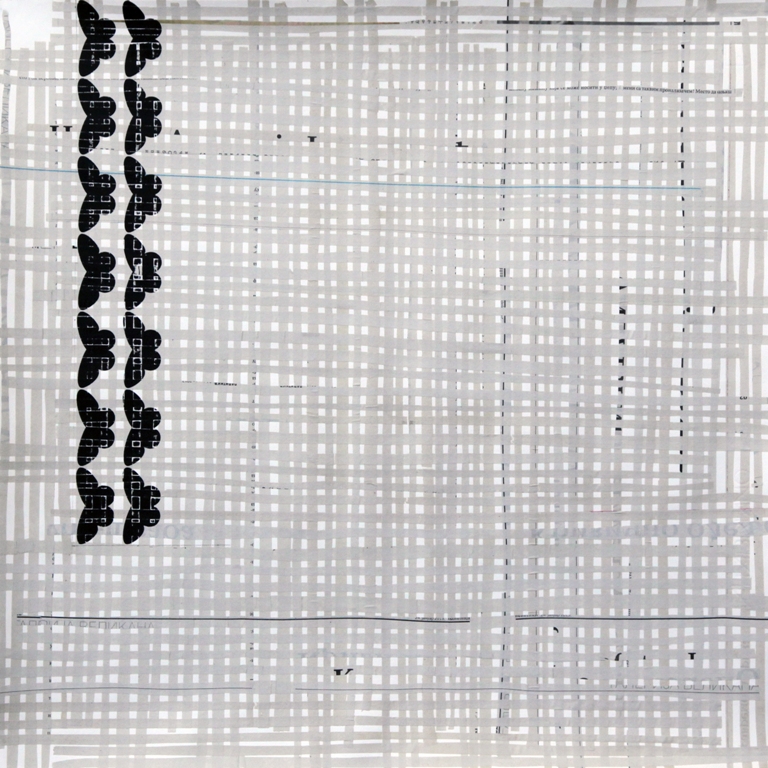 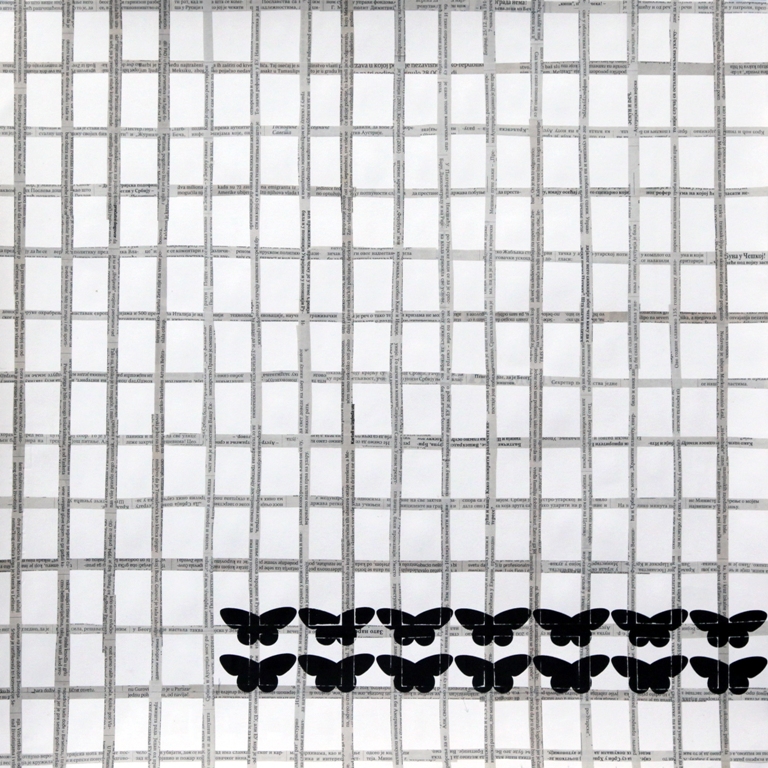 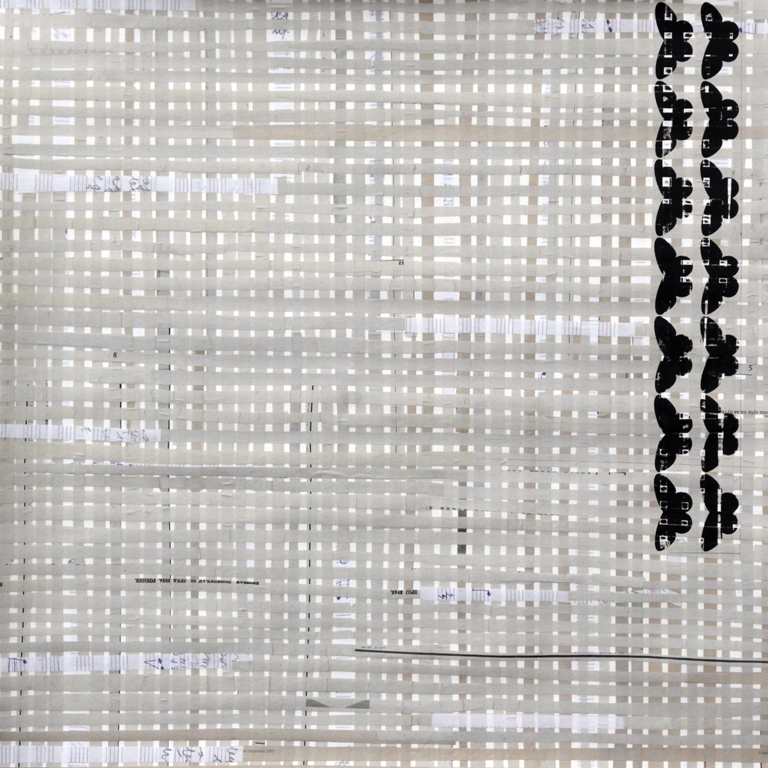 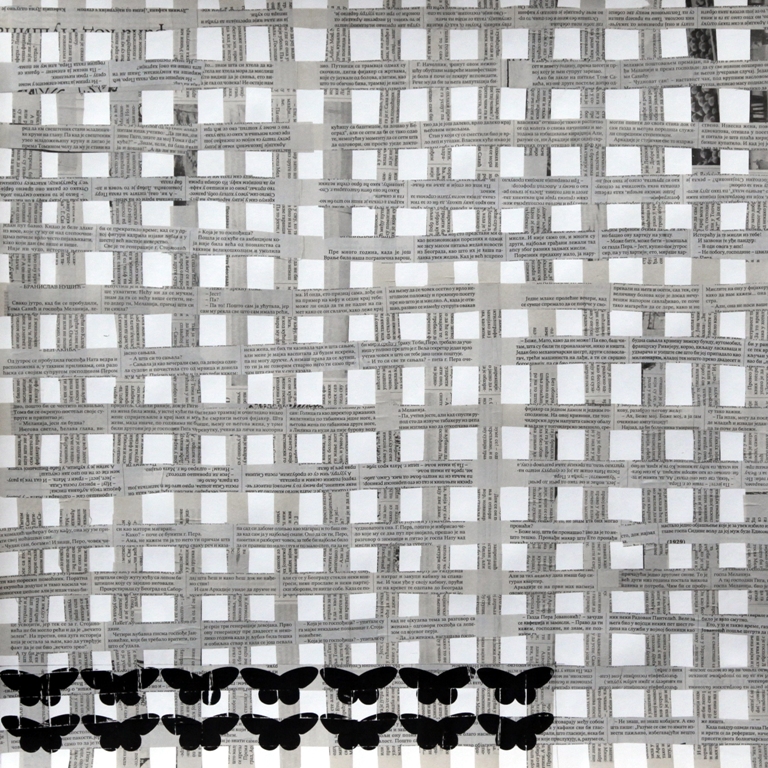 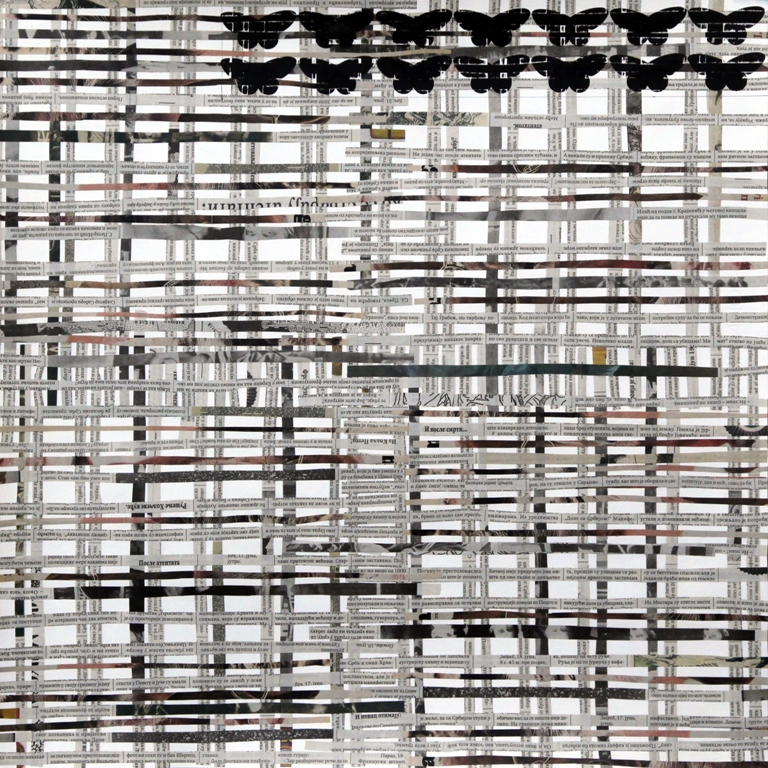 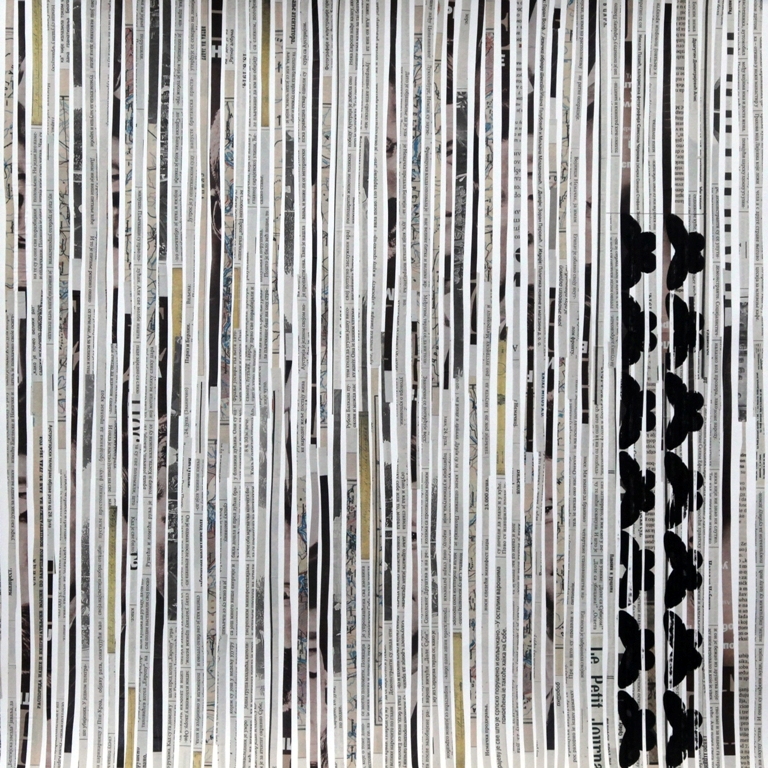 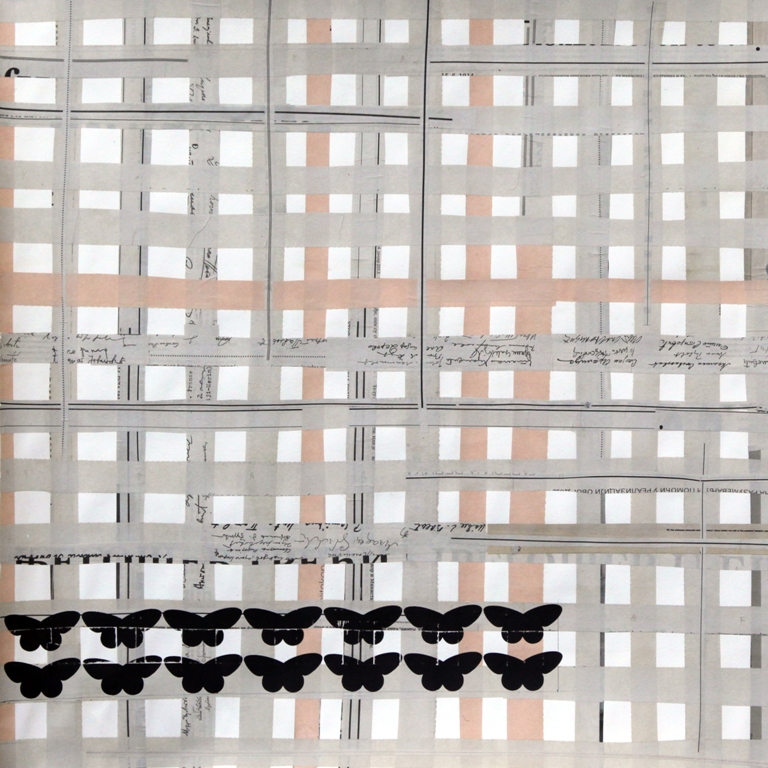 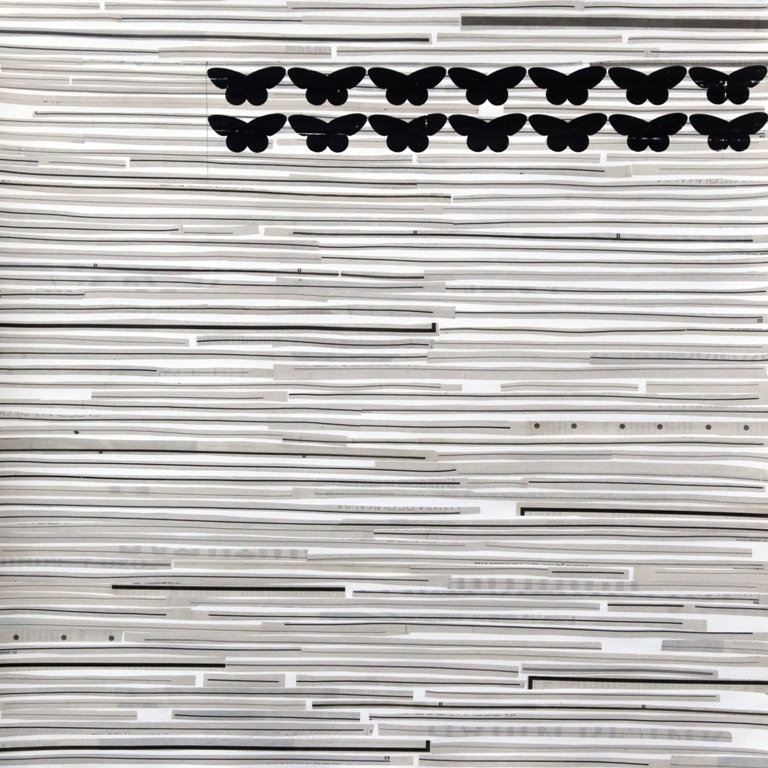 Born in Zemun, Yugoslavia in 1967.  She graduated from the Faculty of Applied Arts in Belgrade in 1991, where she also finished her postgraduated studies in 1995.

A member of ULUS (Artists’ Association of Serbia) since 1992.

She had 27 solo exhibitions and participated in more than 270 collective exhibitions since 1990.

Her works are in collection of The National Museum, Belgrade, Museum of Contemporary Art in Belgrade, Belgrade City Museum, Wiener Art Collection and other private and public collections. She had many purchases from the City of Belgrade and Ministry of Culture of the Republic of Serbia.

She is professor at the Faculty of Applied Arts in Belgrade where she was dean.

My work WHISPER is a peaceful, static place of silence and sensitivity. For my collages, I used the newspaper of daily newspapers because they are the least durable, the lowest quality prints, and at the same time basically graphically clear with their typography and all other signs and determinants. The whisper should be discreet and inconspicuous, not to last long, but to be noticed and engraved, especially in this visually and generally saturated world in which we are now.